What is Classical Education?

It’s not boring, out of date, or stuffy. It’s fun!

And it works.  Classical Education is a three-part learning process that utilizes the way children naturally process new information. But it’s more than just a boring pattern of learning. Classical education is language-focused; learning  happens through words, written and spoken, rather than through images like pictures, videos, and television.

Why is this important? Language-learning and image-learning require very different habits of thought. Language requires the mind to work harder; in reading, the brain is forced to translate a symbol (words on the page) into a concept. Images, such as those on videos and television, allow the mind to be passive. In front of a video screen, the brain can “sit back” and relax; faced with the written page, the mind is required to roll its sleeves up and get back to work.

A classical education has two important aspects. It is language-focused. And it follows a specific three-part pattern: the mind must be first supplied with facts and images, then given the logical tools for organization of facts, and finally equipped to express conclusions.

But that isn’t all. To the classical mind, all knowledge is interrelated. Astronomy (for example) isn’t studied in isolation; it’s learned along with the history of scientific discovery, which leads into the church’s relationship to science and from there to the intricacies of medieval church history. The reading of the Odyssey leads the student into the consideration of Greek history, the nature of heroism, the development of the epic, and man’s understanding of the divine.

If that sounds a little too advanced for a preschooler, let’s break it down.

Until children reach fourth grade or so, their minds are ready to absorb information–they actually find memorization fun! So during this period, education involves the learning of facts. Rules of phonics and spelling, rules of grammar, poems, the vocabulary of foreign languages, the stories of history and literature, descriptions of plants and animals and the human body, the facts of mathematics — the list goes on. This information makes up the “grammar,” or the basic building blocks, for the second stage of education. These are the years when the building blocks for all other learning are laid.

By fifth grade, a child’s mind begins to think more analytically. Middle-school students care less about finding out facts than asking “Why?” This second phase of the classical education, the “Logic Stage,” is a time when the kids begin to pay attention to cause and effect, to the relationships between different fields of knowledge relate, to the way facts fit together into a logical framework.

A student is ready for the Logic Stage when the capacity for abstract thought begins to mature. During these years, the student begins algebra and the study of logic, and begins to apply logic to all academic subjects. The logic of writing, for example, includes paragraph construction and learning to support a thesis; the logic of reading involves the criticism and analysis of texts, not simple absorption of information; the logic of history demands that the student find out why the War of 1812 was fought, rather than simply reading its story; the logic of science requires that the child learn the scientific method.

The final phase of a classical education, the “Rhetoric Stage,” builds on the first two. At this point, the high school student learns to write and speak with force and originality. The student of rhetoric applies the rules of logic learned in middle school to the foundational information learned in the early grades and expresses his conclusions in clear, forceful, elegant language. Students also begin to specialize in whatever branch of knowledge attracts them; these are the years for art camps, college courses, foreign travel, apprenticeships, and other forms of specialized training.

The early years of school are spent in absorbing facts, systematically laying the foundations for advanced study. In the middle grades, students learn to think through arguments. In the high school years, they learn to express themselves. This classical pattern is called the trivium.

"Knox started at Summit Preparatory Academy in September 2013. He was 18 months at the time, transitioning from a home-based daycare.  As we were approaching the two-year mark, we felt it was time for a more structured, learning based environment. We could not be happier with this decision! Knox is so happy at Summit, and his attitude and communication skills prove it. He leaves everyday singing and dancing the whole way home! He has developed so much from Day One.

Where are we located? 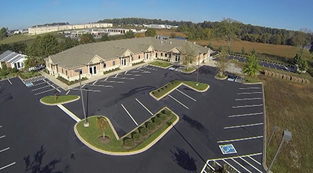 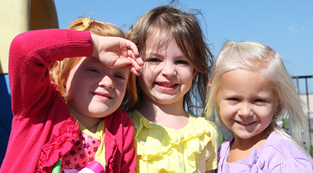 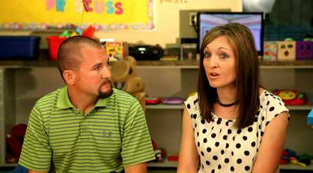